Javier and Joaquin secured their spot in the next round of the knock-out stages after beating The Gambia 2-1 in an enthralling end-to-end match.

The Bello twins started strongly in the first set, initially establishing a 4-0 lead. The Gambia fought back but the Bellos won the opener convincingly 21-16.

The second was a nail-biter with both teams staying within 2 points of each other the entire way. Eventually, the set fell 20-22 to The Gambia to take the game to a deciding third set.

With the roar of the home crowd - what the Times newspaper has coined the 'Bellodrome' - urging them on, the Bellos edged out their rivals 15-12.

"That was one of the toughest games of my life," said Joaquin. "We came in as favourites, but it didn't feel like that from the very beginning. But we kept fighting and in the end I have to thank my brother. He put me on his back and carried me into the semifinal.

"The momentum was with them in the second set and we had to fight really hard in the third. We did it with a couple of aces from my brother. He brought us back into the game.

"We rode the wave until the victory. This was our goal, to get to the semifinals, and we have been working towards it for many years. We came here looking for a medal and now we want to keep fighting and move another step closer."

Javier added: "We weren’t playing well and we didn’t feel comfortable, but we had to pull this win out of nowhere and my brother had an outrageously good match.

"I thought the New Zealand game [on Wednesday] was a battle but this was all out war. I can’t wait to see what the semifinal has got for us. But we’re ready to fight so it doesn’t matter.

"The crowd was so loud, so noisy, so incredible. I’m really proud of my brother and the way we fought hard. We had the energy from the crowd and we used it to our advantage in the third set. It was fine margins and in the end we pulled through.

"The crowd were the determining factor here. The Gambians are a good team. They’re strong, they’re big and they fought hard too. But we had the crowd with us the whole match and it didn’t end, even at the final whistle.

"I’ve never felt anything like that before. We’ve never had such a big crowd. They were so loud and just enjoying the passion of beach volleyball - the noise, the spectacle.

"This is what it should be. This is what we train for every day - to play in this big stadium with all these people."

The Bello Brothers are now guaranteed a shot at a Commonwealth Games medal, regardless of the result against 2018 silver medalists Canada. A win and they fight for gold. Lose and they battle for bronze.

The BBC will once more be providing coverage of the England game. Action from the semifinal match will be shown on BBC1, the game will also be available to watch via the iPlayer.

Have you been inspired by England's brilliant beach volleyball teams to give this sport a try? Visit our Games hub to find a taster session near you. 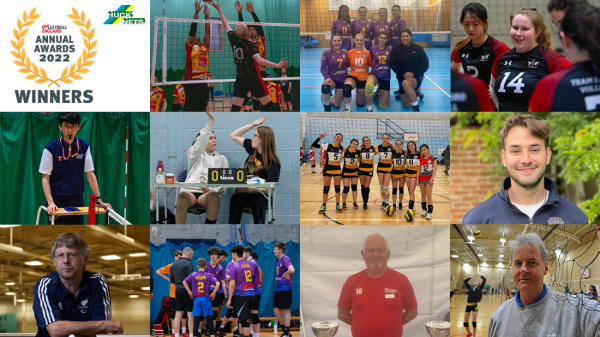 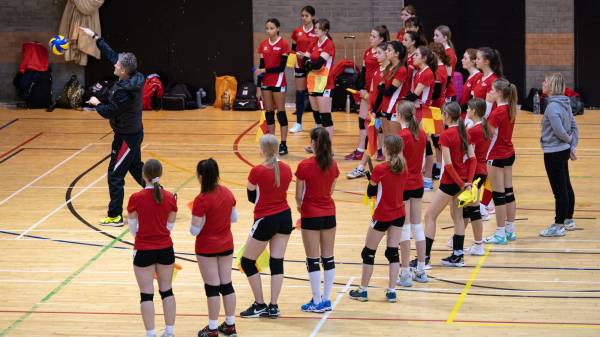 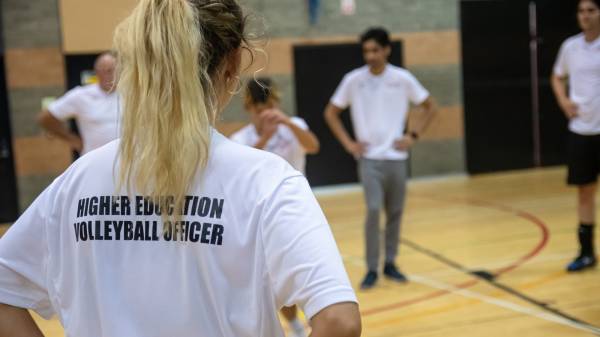 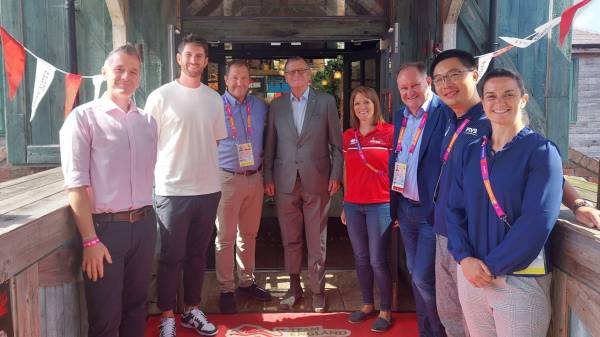